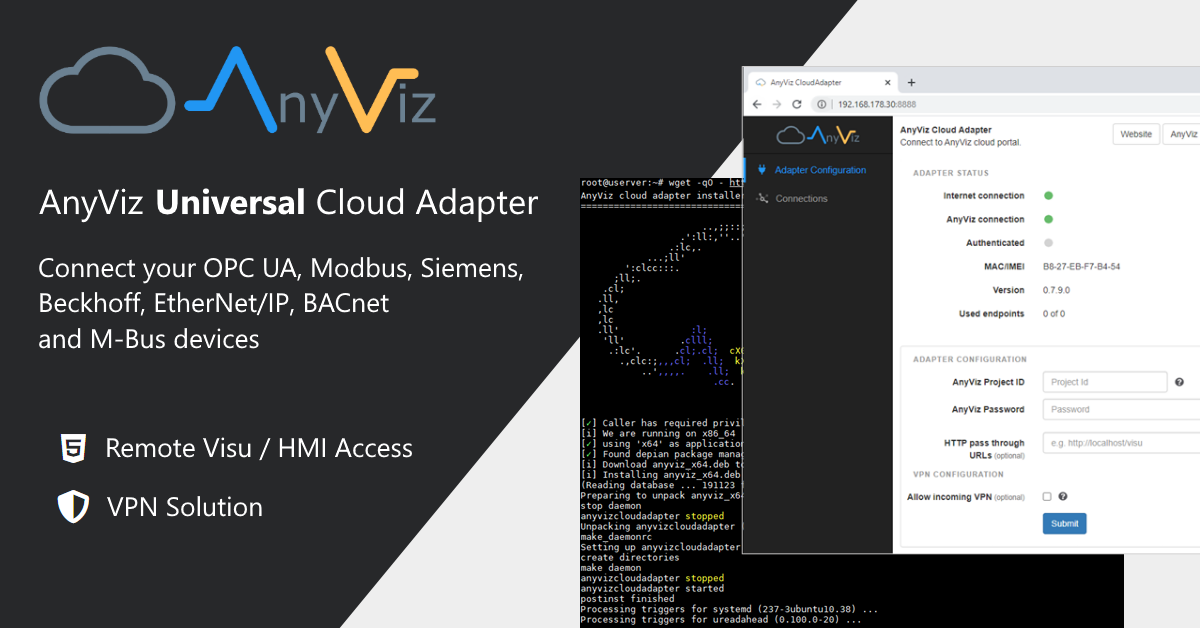 In the past weeks and months there have been many innovations regarding the Universal Cloud Adapter. There are new communication protocols, simplified installation and some more features.

In addition to the existing communication protocols, the EtherNet/IP protocol for coupling Allen Bradley® or Rockwell® controllers is now also supported. Thus controllers of the ControlLogix, ComapctLogix, MicroLogix, Micro8xx, as well as OMRON NJ/NX series and PLC/5 series can be used for data collection in the cloud. As an addition to the MBus protocol, MBus over Ethernet has been implemented so that MBus level converters with Ethernet interface can be used.

The most popular installation variant is still our one-line Bash command. As a new feature, all supported devices can now be installed using the same command:

For Windows systems, there was previously only the option of our MSI installer. Thanks to the new Windows App Installer and its winget tool (currently still needs to be installed as a preview), it is now also possible to install the Universal Cloud Adapter on Windows with a one-line command:

In the various releases up to version 0.8.2.2 there were more features. The most important ones are briefly summarized here:

If you don’t want to miss any Universal Cloud Adapter updates, you can subscribe to the Changelog RSS-Feed.